Word of the year 2022: Metaverse, goblin mode or #IStandWith? For the first time ever, Oxford is letting you decide… 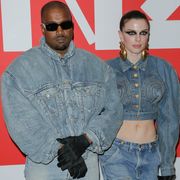 Spent much time in the metaverse in 2022? Or perhaps you’ve been in goblin mode?

Maybe you’ve been supporting causes or certain people on social media, nailing your colours to the online mast with the hashtag #IStandWith.

These three "words" are the finalists for word of the year 2022 by Oxford Languages, the home of the Oxford English Dictionary.

A team of expert lexicographers has narrowed down a longlist of contenders to just three words – but for the first time ever, members of the public will get the final say.

The winner will follow "vax", Oxford’s word of the year for 2021. Dictionary rival Collins has already announced its word for this year – "permacrisis", meaning "an extended period of instability and insecurity"; Cambridge Dictionary has also announced its word as "homer" – you can find out why it annoyed people here.

So which of Oxford’s top three would you choose?

Oxford says: "In ‘metaverse’, we see the conceptual future brought into the vernacular in 2022. From hybrid working in VR, to debates over the ethics and feasibility of an entirely online future, usage of this word has quadrupled in October 2022 compared to the same period last year."

#IStandWith – recognises the activism and division that has characterised this year

Oxford says: "From war in Ukraine, to the Depp v Heard lawsuit, this ‘word’ coined on social media to align your views to a cause or person can often further foster dispute (and sometimes even hate speech) in its polarising nature."

Oxford says: "Early usage dates back to 2009-10, but as we emerged from lockdowns all over the world, the phrase has been coined in rejection of returning ‘back to normal’ after a fake ‘quote’ from [Kanye West’s ex] Julia Fox brought the term back into the mainstream."

For those who don’t know the Fox "goblin mode" story, a false quote posted by a Twitter user about Fox and West’s break-up was picked up by some news and media outlets after going viral; a great example of fake news, which was actually Collins Dictionary’s word of the year in 2017.

Voting for Oxford’s 2022 word of the year is now open and closes on 2 December.

In a statement, Oxford Languages said this year had been defined "by opening back up" following the pandemic, but that despite being able to physically reunite "our world somehow feels more divided" than ever.

"In recognition of this shift, we wanted to open up the final step of our word of the year selection process to the true arbiters of language: people around the world."