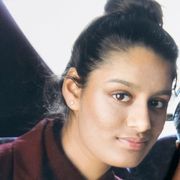 The police and her school missed opportunities to stop Shamima Begum travelling to Syria and joining ISIS and should have stopped her, according to her lawyers.

There were questions about whether "key indicators" that Ms Begum and her two school friends were at risk of being trafficked were missed, lawyers for Ms Begum told a hearing appealing against her loss of citizenship.

There were also questions over whether precautionary steps should have been taken to alert the police at London airports of the risk that they would travel to Turkey on a "known trafficking route".

‘At risk of radicalisation’

On 10 December 2014, five days after their friend’s departure, an assessment was conducted by Bethnal Green Academy, their school, headed "risk identification".

It recorded Ms Begum as being "at risk of radicalisation", stating that there was a risk "that she may leave home and school and possibly exit the country" and a "chance she may go to Syria".

It was noted that "she was close friends with the girl who has left the school and has gone to Syria".

The school considered that there was a risk "that she could also be encouraged to leave her family and possibly the UK [and] that she will go to Syria".

The only step that appears to have been taken was on 5 February 2015, when the police attended Bethnal Green Academy and spoke with Ms Begum.

They gave Ms Begum and her friends a letter about the "disappearance" of Sharmeena Begum, and asked them to deliver it to their parents.

In the letter, it was explained that police were seeking "to understand Sharmeena better and the reasons why she has decided to leave this country", and to "prevent other vulnerable teenagers from disappearing".

The letter also stated that the police wished to interview Ms Begum to obtain a statement covering "Sharmeena and her religious beliefs, lifestyle and the circumstances just before Sharmeena left the UK".

"The letters were not delivered and at no stage, it appears, were the families ever told that Sharmeena had travelled to Syria or that there were any concerns about the appellant and her friends," Samantha Knights KC, for Ms Begum, told the Special Immigration Appeals Commission (SIAC).

Ms Knights told the tribunal that the police had an obligation to investigate whether Ms Begum was the victim of human trafficking – and to help her to return to Britain if she was.

"Children allegedly associated or affiliated with terrorist groups are often, in fact, victims of terrorism and trafficking," Ms Knights said.

"What one doesn’t want to be doing is taking punitive action against the victims without fully considering the trafficking case."

The government has an obligation to prevent trafficking, identify perpetrators, and assist victims’ "physical, psychological and social recovery", she said.

"Importantly victims should not be punished for actions as a result of their exploitation," she added.

"It is unarguable that there was a credible suspicion that Ms Begum was the subject of trafficking and there therefore was an obligation to investigate whether she was the victim of trafficking from the UK and what they could do in terms of recovery," Ms Knights said.

"In this case we say there were missed opportunities by the school and the police."

The "credible suspicion" that Ms Begum was the victim of trafficking had been passed "well before" February 2019 when Sajid Javid, then the home secretary, removed her citizenship.

Ms Knights said the relevant trafficking took place while she was in Britain and there was a "seamless timeline" in which she left UK and arrived in Syria.

"Particularly the number of girls from Tower Hamlets who left for Syria, the trafficking obviously began in the UK and needs to be investigated by the UK," she added.

No consideration was given by the home secretary to the "obvious importance" of the rescue, recovery and rehabilitation of Ms Begum as a child victim of trafficking, her lawyers said.

Ms Begum was 15 when she left her home in Bethnal Green, East London with two schoolfriends, who are thought to have been killed in the conflict.

She married an older ISIS fighter from the Netherlands within days of her arrival and had three children, two of whom died of disease or malnutrition, and a third, born after her capture, died of pneumonia.

She was stripped of her British citizenship on the grounds of national security in February 2019 amid a political row over whether she was a dual British and Bangladeshi citizen.

The government’s Prevent counter-terrorism strategy said "safeguarding is at the heart of Prevent to ensure that individuals are not groomed" and promised: "We will respond quickly to support UK victims."

The government’s modern slavery strategy, introduced in November 2014, imposed the obligation to pursue perpetrators, prevent engagement in slavery or exploitation, and improve the identification of victims.

"Children cannot consent to being trafficked, nor can they consent to child marriage," Ms Knights said.

Under international law, child marriage occurs where at least one party is under 18 and is considered forced marriage, Ms Knights told the panel.

"Forced marriage is one in which one party enters without free choice but also by coercion and other psychological means," she added.

That included a "full and effective investigation" including whether there have been failures by state organisations to prevent their trafficking, in order to ensure that others who are vulnerable are not exposed to the same dangers.

That would include Bethnal Green Academy because Ms Begum’s friend and schoolmate, Sharmeena Begum, also aged 15, travelled to ISIS-controlled territory in Syria on 5 December 2014.

However, the Home Office said the argument "fails at the jurisdictional stage" and "seeks to convert contentious assertions of international obligation into a domestically binding obligation under article 4."

"The focus must be maintained on the deprivation decision and the national security assessment at its heart," they added.