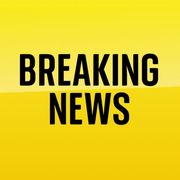 There has been a further leap in the rate of inflation, to a fresh 40-year high of 11.1% last month, led by the latest rise in energy bills.

The Office for National Statistics (ONS) revealed the increase, from 10.1% in September, as the cost of light and heating for homes rose further despite help from the government’s energy price guarantee that limits wholesale charges for gas and power.

Fuel and food were also likely to be cited as adding inflationary pressure during October.

Surging energy prices have been the main driver of the cost of living crisis – mostly a consequence of Russia’s invasion of Ukraine in February.

Wholesale costs currently remain below their conflict era peaks, raising hopes that the worst inflation is behind us.

However, there remains a lack of clarity on the support for bills beyond April, when the energy price guarantee will be reviewed.

The Bank of England had warned that inflation would have surged above 13% last month without the government intervention as average annual bills under the Ofgem-set price cap would have skyrocketed to around £3,450.

Policymakers are tipped, by financial markets, to impose a further 0.5 percentage points increase to Bank rate when its rate-setting committee meets again this month.

That would take the rate to 3.5% as the Bank continues efforts to curb inflation despite revealing last month that it expected the country was already in recession.

Official figures last week showed the economy contracted by 0.2% in the three months to September.

The Bank has raised the prospect of seven further quarters of negative growth.