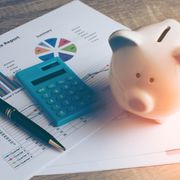 Pensioners will start to receive up to £600 in their bank accounts from today to help with their energy bills.

More than 11.6 million pensioners will receive the Winter Fuel Payment over the next two months.

This year’s payments have been boosted by an extra £300 per household Pensioner Cost of Living payment.

The vast majority of payments will be automatic, and anyone who has not received theirs by 13 January should contact the government’s Winter Fuel Payment Centre.

Work and Pensions Secretary Mel Stride told Sky News’ Kay Burley it was "a core mission of this government to make sure we support people as best we can if they are vulnerable or less well off".

He warned the government "can’t do everything" due to continued pressure on government coffers.

But Mr Stride added: "We are doing the absolute maximum that we can whilst getting inflation down and getting the economy righted, so we can get growth and prosperity moving into the future."

It will be paid automatically between today and next Wednesday as part of the government’s £37bn cost of living package.

The £324 payment, the last part of the £650 announced by Rishi Sunak earlier this year, has already been paid to most Universal Credit claimants since 8 November.

Over seven million payments of £324 have been made, including to pensioners receiving Pension Credit.

The average Pension Credit award is worth more than £3,500 a year, and for those who are yet to apply, there is still time because claims can be backdated by up to three months.

To ensure a claim falls within the qualifying period, pensioners are being urged to apply as soon as possible, and no later than 18 December.

An online Pension Credit calculator is available to help check eligibility and get an estimate of likely awards.

It is now the turn of those who have not yet transferred onto Universal Credit.

"The £324 will be paid automatically into bank accounts, so people don’t need to do anything to receive this extra help."

With this payment, more than eight million households will have received a cash boost by 30 November.

The first payments were made to eligible families in July and September.

Further cost of living support, to be paid next year, was announced by Chancellor Jeremy Hunt in his recent autumn statement.

It includes a further £300 for pensioners, £900 for households on means-tested benefits and £150 for those on disability benefits.

It was also confirmed that retirees will get a 10.1% increase to the state pension from April, after Mr Hunt confirmed that the triple lock was being protected.

The triple lock is normally used to calculate the increase in the state pension, but was temporarily suspended due to the distorting impact of the pandemic.