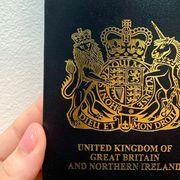 The Passport Office is to increase staffing by 700 people by the summer amid reports of travellers facing long delays to get documentation to go abroad.

Home Office minister Tom Pursglove told MPs that Teleperformance, which provides call centre advice line services for the Passport Office, will have its personnel boosted by "500 full-time equivalents by mid-June".

"The Passport Office is increasing staffing by 700 by the summer and, of course, there were 500 additional staff added there since last April already," he added.

But Mr Pursglove was unable to give details of when the passport office backlog may be cleared, nor the size of the backlog when asked.

The announcement came as MPs demanded to know when waiting times for a passport will return to normal as the summer holiday season edges closer.

Labour MP Nick Smith told of how one constituent said they had called the Passport Office "40 times in the past week" and is cut off "every time".

Labour’s Marsha De Cordova detailed one particular case where a constituent "applied for his passport to be renewed back in February" but was told last Friday "that they have lost his passport and he should report his passport as being lost and pay an additional fee to have his new application expedited".

Conservative MP Jacob Young said a member of his casework team spent "nine hours" on the phone to the Passport Office and "did not manage to get through".

Read more: Why you must check your passport if you’re travelling to Europe this summer

Meanwhile, Labour’s Garry Gardiner claimed the delays are "absolutely unacceptable" as he told the Commons about an elderly couple in his constituency who ended up missing a niece’s wedding and a sister’s funeral.

Mr Pursglove acknowledged "a recent and temporary issue with the passport advice line" but said work to resolve the problem was ongoing and customers who experience a problem can call an alternative number.

"This is a priority, we are going to get on and deliver this because clearly it is necessary in order to deliver the swift and expeditious delivery of people’s passports," he assured the Commons.

Mr Pursglove also confirmed that between March and April 2022, "Her Majesty’s Passport Office did complete the processing of nearly two million applications".

The home office minister continued: "The vast majority of passport applications continue to be processed well within 10 weeks, with over 90% of applications issued within six weeks between January and March 2022, and less than 1.4% of the passports printed last week for UK applications have been in the system for longer than 10 weeks."

The Passport Office is under immense pressure after the number of people applying for new documentation rocketed following the relaxation of COVID rules.

Some holidaymakers have been left out of pocket after their passports did not arrive in time for their trips.