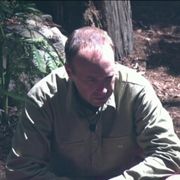 Matt Hancock has revealed he advised Boris Johnson not to run for prime minister again after Liz Truss resigned – and claimed her political career "is over".

On Tuesday night’s episode of I’m A Celebrity Get Me Out Of Here, the former health secretary was asked about Ms Truss’s premiership and the race to replace her.

Asked by fellow camp mate Sue Cleaver "want went wrong", he replied: "In a way they were unlucky, in that globally interest rates all went up just at the time that they were also… bringing in a financial statement where you say, ‘We’re going to do all these expensive things and we’re not going to say how we’re going to pay for them’."

Cleaver, 59, then asked: "Where does that leave her now?"

Hancock, 44, replied: "Her political career is over. No ambiguity at all. Totally finished."

But pressed further on why she was chosen over Rishi Sunak initially, the former minister said: "I think that was all about how Boris got kicked out… people seeing Rishi as wielding the knife against Boris."

Probed again, another campmate asked him if he was a "Boris diehard".

He revealed that after it emerged Mr Johnson was returning from a holiday abroad, seemingly to gear up a leadership campaign, his former colleague advised him not to.

"I texted him and I said ‘you know I think you’re wonderful, but it’s not your time, you should do what’s best for the country and back Rishi’.

"’And we should get him in post as soon as possible’."

Earlier on Tuesday, campaigners flew a banner over the Australian campsite that read: "COVID bereaved say get out of here!"

The organisation for relatives of people who died of coronavirus was supported by the group 38 Degrees in flying the banner.

Both claim it was seen by those in the jungle.

The prime minister is among those criticising Hancock for taking part in the show.

Speaking to reporters travelling with him to the G20 summit in Bali, Mr Sunak said: "I think politics at its best can and should be actually quite noble.

"You have to earn people’s respect, right. It is not given just because you are a politician…

"It is incumbent on all members of parliament to do the things that earn people’s respect and that’s serving your constituents really well, making a difference to them in surgeries."

Earlier in Tuesday’s episode, one contestant remarked that it was strange not to have access to the news.

Presenter Scarlette Douglas said: "I wonder if Rishi’s still in power." Hancock immediately replied: "Yeah he will be."

The ex-minister, who has had the whip removed and says he will not get back into government after going on the show, was not selected to do a bushtucker trial for the first time on Tuesday.

After six challenges in a row, former Radio 1 Breakfast Show presenter Chris Moyles was chosen instead.