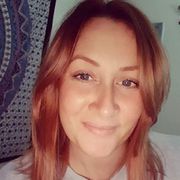 A man accused of murdering his girlfriend told police he accidentally killed her while trying to throw an axe at a tree.

Andrew Burfield, 51, is on trial for murder after the body of mother-of-two Katie Kenyon, 33, was found in April.

He is accused of burying her body in the Forest of Bowland, Lancashire, in a grave he dug the day before her death.

Burfield then sent messages from Ms Kenyon’s phone to her children and himself after her death, Preston Crown Court heard on Monday.

David McLachlan KC, prosecuting, said Burfield told police he struck his girlfriend in the head with an axe after she "bet" him he could not hit her can of Coke with it.

Burfield also claimed Miss Kenyon had been hit with the back of the axe and suffered no other injuries – but a post mortem showed she was struck an estimated 12 times, the jury heard.

Burfield was arrested after Miss Kenyon’s disappearance, and he initially denied knowledge of her whereabouts.

But in a later interview his version of events was changed by a new "revelation", Mr McLachlan said.

Burfield told police he accidentally killed Miss Kenyon before digging a hole and burying her, the jury heard.

The court also heard that the day before Ms Kenyon’s death, Burfield borrowed a spade and a set of ladders before driving to Gisburn Forest.

Mr McLachlan said: "It’s the prosecution case that Andrew Burfield had been out on that night on an important mission… to dig a grave."

On the morning she died, the court heard Miss Kenyon messaged Burfield: "Ready and excited for a new chapter."

Miss Kenyon’s daughter sent her a message at 12.18pm that day and received a response of two laughing face emojis.

Mr McLachlan said: "The prosecution say… that message was not sent by her but it was part of a charade and was sent by Andrew Burfield."

Texts sent later from Miss Kenyon’s phone to Burfield stated she was "truly sorry for everything". To her daughter, she wrote that her father would now look after them.

Miss Kenyon’s body was recovered a week after her death.