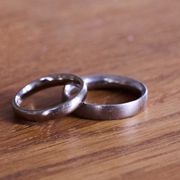 The legal age of marriage and civil partnerships in England and Wales is to be raised from 16 to 18 – and adults could be jailed for facilitating underage marriages.

The bill, introduced in June 2021, was passed in parliament on Tuesday without opposition and will receive Royal Assent later this week meaning it will become law from then.

Until now, people could get married at 16 or 17 with parental consent.

The new law also applies to religious or cultural marriages not registered with the couples’ local council.

Children will not face penalties under the new law, however, adults who facilitate their marriage could face up to seven years in jail and a fine.

Adults who take children abroad to get married could also face jail and fines.

Conservative MP Pauline Latham, who introduced the bill after years of campaigners calling for it, said it would "transform the life chances of many girls".

Payzee Malika was coerced into marriage and campaigns against child marriage after her sister, Banaz, was murdered in an "honour killing".

She tweeted: "This law could have saved her.

"This morning my thoughts were clouded with the day I became a child bride.

"But today tears of joy roll down my face because I know what this means for girls like me."

She added that her campaign "is for every girl".

No marriage or civil partnership that happened before the legislation comes into force will be affected.

The new law only applies to England and Wales. In Scotland, the minimum age is still 16 and couples do not need parental assent.