Hepatitis:Mystery spike in liver illness among children in UK now emerging in EU and US 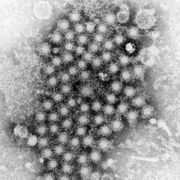 A mystery spike in hepatitis cases among children in the UK that has seen six youngsters needing liver transplants has now been seen in mainland Europe and the US.

The puzzling increase in the illness was first identified in Britain, with health officials reporting 74 cases in children since January.

The usual viruses that cause infectious hepatitis were not seen in the cases, and scientists and doctors are considering other possible sources, including other viruses and environmental factors.

One potential line of enquiry is whether or not a group of viruses called adenoviruses may be causing the illnesses.

On Tuesday, the European Centre for Disease Prevention and Control said more cases had now been identified in Denmark, Ireland, the Netherlands and Spain.

Meanwhile, nine cases of acute hepatitis have been found in children between one and six years old in Alabama, in the US.

"Mild hepatitis is very common in children following a range of viral infections, but what is being seen at the moment is quite different," said Graham Cooke, a professor of infectious diseases at Imperial College London.

Some of the cases in the UK have required specialist care at liver units and at least six patients needed a liver transplant.

In Britain, parents are being urged to be alert to the signs of the illness, which in some cases can cause scarring of the liver or a loss of liver function.

Jaundice (yellowing of the eyes and skin), dark urine, itchy skin, muscle and joint pain, loss of appetite and a high temperature are among the symptoms of hepatitis.

Lab tests underway to determine cause

Officials in the UK have stressed that there is "no link" to COVID-19 jabs as none of the children affected have received a coronavirus vaccine.

Lab tests are also underway to determine if a chemical or toxin might be the cause.

The UN health agency said that given the jump in cases in the past month and heightened surveillance, it was "very likely" more cases would be detected before the cause of the outbreak was identified.