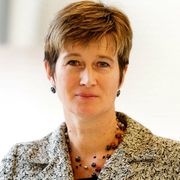 The UK’s former ambassador to Myanmar Vicky Bowman, who was jailed for allegedly breaching immigration laws, has reportedly been released.

Myanmar media said Ms Bowman was one of a number of prisoners released "under amnesty".

In September, Ms Bowman and her husband, Burmese artist Htein Lin, were sentenced to a year in prison for "failing to register as living at a different address" – a violation of the country’s Immigration Act.

Ms Bowman was the British ambassador to Myanmar between 2002 and 2006 and has more than three decades’ experience in the country.

At the time of their detention, she was running an organisation that promotes ethical business practices in Myanmar.

Media outlets in Myanmar claim Japanese filmmaker Toru Kubota and Australian economist Sean Turnell have also been released. There is no information about Ms Bowman’s husband.