COVID-19: PM’s ‘winter plan’ at a glance – what to expect when lockdown ends 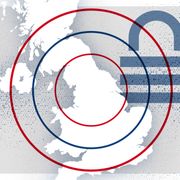 Boris Johnson is expected to announce his plan for winter on Monday, including a strengthened three-tier system of local restrictions for England.

The prime minister is working on the detail from self-isolation in Downing Street, before a cabinet call on Sunday afternoon and announcements on which tier each area is going into on Thursday.

MPs are then expected to be given a vote to approve the new system in the days before it comes into force when the national lockdown ends on 2 December.

Things are likely to be different over Christmas, when leaders in all four UK nations have agreed they want the rules eased "for a small number of days" to allow "additional household bubbling".

What is the new system going to look like?

The country will move back into a three-tier system of regional restrictions, which was in force from 14 October until 5 November.

While many local measures will be similar to those in place previously, the tiers will be strengthened in some areas to safeguard gains made during the national lockdown.

It’s understood that the 10pm curfew for bars and restaurants could be extended by an hour. Last orders would still be called at 10pm, but people would have until 11pm to finish their food and drink.

What was the original tier system?

It was split into three "COVID alert levels" based generally on the prevalence of the virus.

What is expected over Christmas?

Several households – potentially three – could be allowed to create a bubble temporarily between 22 and 28 December.

The plans could cover all four nations of the UK, according to reports.

Restrictions on church services could also be lifted allowing Christmas Day services to be held.

Official confirmation of the objective to let families see each other came in a statement from Cabinet Office minister Michael Gove following talks with leaders in Scotland, Wales and Northern Ireland.

"Ministers endorsed a shared objective of facilitating some limited additional household bubbling for a small number of days," he said, adding talks were also underway with the Irish government to let people in Northern Ireland see family living there.

But senior politicians have tried to make clear that the festive season will be very different to normal.

Prof Calum Semple, a scientist who sits on the government’s science advice group known as SAGE, told Sky News’ Sophy Ridge On Sunday: "In reality, we cannot ban Christmas. To do so would just lead to breaches – and what are you going to do about that?

"So instead what we’re looking at is getting the R number down, but also getting the absolute number of cases down," he explained.

"Then you’ve got the run up to Christmas – and hopefully, if the system works, we’ll be able to relax some regulations for a few days. But there will be a price for that."

How long will the new system last?

The government is optimistic restrictions can be gradually reduced in the run-up to spring, providing vaccines are approved by regulators, allowing a plan for the rollout to begin next month before a wider programme in the new year.

But with no vaccines having been approved it is still not clear exactly when the rollout will be able to begin.

Will Boris Johnson get his plan past the House of Commons?

A large group of Conservatives will be glad the harsher national lockdown is coming to an end – but are still making their displeasure about the regional restrictions due to replace it known.

70 of them, called the "COVID Recovery Group" of backbench Tories, have released a letter calling for the prime minister to publish a "cost/ benefit analysis" of the new system.

"We cannot support this approach further unless the government demonstrates the restrictions proposed for after 2 December will… save more lives than they cost," they wrote.

One of the signatories, Sir Geoffrey Clifton-Brown, complained that the government "haven’t been fully listening to us".

Demonstrating how seriously they are about potentially opposing the measures, he told Sky News: "We’re not natural rebellers.

Chancellor Rishi Sunak refused three times to commit to the demand when interviewed on Sophy Ridge On Sunday, only saying: "It’s right that we look at all of the impacts of fighting coronavirus in the round and they are not just economic."