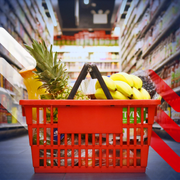 Households are being urged to get their finances in the best shape possible amid increasing evidence of increased stress over the growing cost of living crisis – now said to be the main concern for people across the UK.

A debt advice charity told Sky News it was helping thousands of new clients navigate problem debt as families grapple rising bills across the board – a situation that is tipped to only accelerate as the year continues.

The Bank of England was particularly gloomy last week when it predicted the economy was now at risk of entering recession.

It saw inflation potentially rising to a 40-year high, above 10% by the year’s end, when a further big hike in the energy price cap is expected to be implemented.

The National Institute of Economic and Social Research estimates 1.5 million British households, one in 20 of the total, will soon face bills for food and energy which will exceed their disposable income after housing costs. It also forecasts the UK entering a recession in the second half of the year.

Meanwhile a survey by the consultancy BritainThinks found the cost of living was now the dominant concern for UK households, with 90% worried about the effects of rising prices.

It also suggested that almost half were driving less or using less gas and electricity at home to limit the impact from record wholesale prices – exacerbated by Russia’s war in Ukraine.

More than of half those questioned were already buying value ranges.

The report said that 10% of people were already struggling to stay afloat and "very pessimistic" about affording essentials in the months ahead.

A separate study by Shawbrook Bank showed that 18% were already losing sleep over the issue and a quarter said that managing their finances was their leading cause of stress.

Both surveys found more than a third were cutting back on things such as days out and fashion – in line with data from industry groups that non-essential consumer spending is slipping back to take a toll on growth.

What can I do to help myself?

Debt charity StepChange said it was important that families took a good, hard look at their finances rather than just spend less – and, importantly, take action.

"If you’re behind on your bills, talk to your creditors – if they don’t know you’re struggling they won’t be able to help.

"You might be able to negotiate a payment plan with your bank, or take advantage of a grant that can pay off some or all of a utility bill," it advised.

The charity also urged those in debt to check they were getting all the help they were entitled to.

Its head of media, Sue Anderson, added: "For some struggling, however, these tips won’t be enough to clear mounting debts, and that could be a sign of the need for debt advice.

"Don’t worry if this is the case, you’re not alone. Many people who come to StepChange struggle alone for months or even years, then tell us they wish they had contacted us sooner."

It spoke up as a third report on the issue warned of the projected effects of the cost of living crisis further down the track.

Work published by Yorkshire Building Society found that the average household could be left around £100 per month short of what they need to cover their spending in two years’ time when projected wage increases were compared to those for spending.

The government, which disappointed business groups and unions on Tuesday when it failed to announce immediate new measures to help working families in the Queen’s speech, has signalled that more financial assistance is imminent.

The PM told MPs in the Commons: "We will continue to use all our ingenuity and compassion for as long as it takes.

"My Right Honourable friend the Chancellor (Rishi Sunak) and I will be saying more about this in the days to come."

It is not clear what form the aid will take but the Treasury has made it clear there are no plans for an emergency budget.