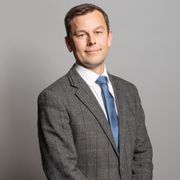 A Conservative MP has called on Boris Johnson to appoint a minister for men and to rollout a men’s health strategy.

Speaking during Prime Minister’s Questions, Nick Fletcher, the Tory MP for Don Valley, said the new ministerial position should be created so there is an individual responsible for looking out for the particular health issues faced by men.

"Men are dying so much younger than they should," he told the Commons.

"So will the PM meet with me to discuss the merits of having a minister for men, and the benefits of a men’s health strategy?"

Mr Johnson did not respond to the call for a minister for men, but replied: "We are determined to tackle all the health conditions he describes and cares about – particularly mental health and suicide prevention."

The position of minister for women was created by former Labour prime minister Tony Blair as a means of prioritising women’s issues across government.

Prior to this, an equality unit had existed in the Cabinet Office.

After fellow former Labour prime minister Gordon Brown succeeded Mr Blair, he created the post of minister for women and equalities to handle a wider range of equalities issues.

Since its creation, the position has always been held by a minister sitting in Cabinet by virtue of another office.

The current Foreign Secretary Liz Truss was appointed minister for women and equalities in 2019 and remans in the role today.

Speaking in a debate on International Men’s Day in Westminster Hall last November, Mr Fletcher highlighted the difficulties faced by many young boys, telling MPs that a number of them were "lagging behind" at school.

Mr Fletcher told the debate there appears to be a "tiny yet very vocal minority" who want a female replacement for "every male character or good role model".

"In recent years we have seen Doctor Who, Ghostbusters, Luke Skywalker, the Equalizer all replaced by women, and men are left with the Krays and Tommy Shelby (from crime drama Peaky Blinders)," the MP for Don Valley said.

"Is there any wonder we are seeing so many young men committing crime?

"Trust me, a lifetime in prison is not cool and neither is living with the memory of a stabbed son or daughter."

Jodie Whittaker became the first female Doctor Who in 2017, while a remake of Ghostbusters in 2016 featured an all-female line-up in the main roles.

At the time of his remarks, Mr Fletcher was criticised by Liberal Democrat MP Alistair Carmichael, who told the Commons: "It seems Nick Fletcher has stepped into the Tardis and taken a trip back to the 1950s, where his attitude belongs."

Mr Fletcher, who became an MP in 2019, later released a statement on Twitter saying his "nuanced point" had been "misconstrued".

"As has been alleged rather lazily by several individuals, I did not link a Dr Who being female to crime being committed by men," he said.

"In fact, I was making a statement that boys and young men also need positive role models within the media, just as women do.

"Boys need positive male role models, and that is a point that I will continue to reiterate and never apologise for making."