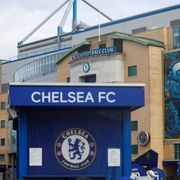 The three final bidders for Chelsea FC are being pressed to provide more details of the club’s proposed administration and governance arrangements as they inch closer to becoming the new owners of last season’s Champions League winners.

Sky News has learnt that the remaining consortia vying to buy the Blues for well over £2bn were this week asked by advisers on the sale to reconfirm future spending plans and to guarantee the long-term financial commitment of their investors.

An investor associated with one of the bidders said on Saturday that Raine Group, which is handling the auction on behalf of Chelsea owner Roman Abramovich, had in recent days been pressing them for further details of their vision for running the Premier League club.

The investor said that Raine had submitted several requests for new information about the duration of the funding being provided to buy Chelsea, and about how key commitments relating to investment and other areas of its administration would be delivered.

All three of the consortia have been told to provide binding guarantees of at least £1bn of investment in the club’s infrastructure, its academy, and women’s team.

"Raine and the club’s board seem to be focused on ensuring they pick the bidder that will be the best steward of Chelsea over the long term," the consortium member added.

"From our perspective, we welcome that."

News of the latest requests for information came as it emerged that a Californian investment firm would own a majority stake in the Blues if the LA Dodgers backer Todd Boehly’s offer for Chelsea is successful.

Sources said that under the bid lodged by Mr Boehly, Clearlake Capital would put up two-thirds of the money to buy Chelsea, effectively handing it a 66% economic interest in the club, although a class of stock carrying voting rights would be split equally between Clearlake and the American businessman’s investor group.

Mr Boehly himself would hold a relatively small stake in Chelsea, the sources said.

Earlier this month, Sky News reported that Clearlake would own at least 50% of Chelsea’s shares, a suggestion that people claiming to be close to the consortium appeared to reject.

The bid’s other investors, Mark Walter and Hansjorg Wyss, would also own minority shareholdings.

Mr Boehly’s bid is being advised by Goldman Sachs and Robey Warshaw, where the former chancellor – and Chelsea fan – George Osborne, now works as a partner.

Lord Finkelstein, a Times journalist, and Barbara Charone, a celebrity publicist, would also join Chelsea’s board as non-executive directors if the Boehly bid is successful.

The last seven weeks have seen an unprecedented bidding frenzy erupt over an English football club, with billionaire financiers, media tycoons, and sports team owners from several continents joining forces in an attempt to gain control of the Blues.

All three remaining bidders are understood to have offered Chelsea chairman Bruce Buck an ongoing role.

Sky News revealed earlier this week that Sir Lewis Hamilton and Serena Williams, two of the world’s biggest sports stars, were committing millions of pounds to another of the bidders – a consortium spearheaded by Sir Martin Broughton, the former Liverpool FC and British Airways chairman.

Under its plans, Harris Blitzer Sports & Entertainment (HBSE), the holding company headed by American private equity billionaires Josh Harris and Dave Blitzer, would hold a controlling stake in Chelsea – although they would need to divest their minority shareholding in Crystal Palace prior to completing a deal.

The auction of Chelsea has become arguably the most politically charged sports deal in British history, eclipsing even last year’s controversial takeover of Newcastle United by a Saudi sovereign wealth fund-led consortium.

The other remaining offer for Chelsea is jointly led by Steve Pagliuca, a private equity billionaire who jointly owns the Boston Celtics basketball team, and the National Basketball Association chairman Larry Tanenbaum.

Their other backers include Bob Iger, the former boss of Walt Disney.

Mr Pagliuca and Mr Tanenbaum said this week that they were committed to "lifetime ownership" of Chelsea, pointing to the latter’s extensive real estate development expertise and

Mr Tanenbaum told Sky News: "I view the opportunity to acquire this iconic football club as an incredible one to invest in one of the premier teams in the world’s most prestigious soccer league.

"Fans want championships and cups, and the best experience in their own home stadium. Steve and I are dedicated to, and will deliver, both."

The Chelsea supporters’ group, which counts former Blues captain John Terry among its founders, has also thrown its weight behind the Pagliuca-Tanenbaum bid.

More than 10,000 Chelsea fans have expressed an interest in owning shares as part of the deal that will see Abramovich replaced as the club’s owner.

The final bids are all understood to value Chelsea at more than £2.5bn, with a new owner potentially in place by the end of the season.

A deal will only go through once the government issues a licence approving the sale following Mr Abramovich’s sanctioning by the government.

All three of the bidders are expected to be approved under the Premier League’s Owners and Directors’ Test before a recommendation is made.

The cluster of bidders underlines the extent to which the English Premier League has become a magnet for financiers from across the Atlantic during the past 20 years.

Arsenal, Liverpool, and Manchester United were all acquired by US-based businessmen during that period, and a significant number of other top-flight clubs also have American backing.

Last season’s Champions League winners have been thrown into disarray by Russia’s war on Ukraine, with Mr Abramovich initially proposing to place the club in the care of its foundation and then formally putting it up for sale.

Prior to being sanctioned, Mr Abramovich had said he intended to write off a £1.5bn loan to the club and hand the net proceeds from the sale to a new charity that he would set up to benefit the victims of the war in Ukraine.

An imminent sale is seen as essential if Chelsea is to avert the uncertainty that would trigger the break-up of one of the top flight’s most valuable playing squads.

This weekend, a spokesman for the bid led by Mr Boehly declined to comment, while Raine could not be reached for comment.