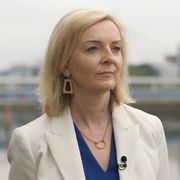 Moments before she arrived at Downing Street, Mr Raab left and it was announced he has been appointed as deputy prime minister, lord chancellor and justice secretary.

His demotion comes after he was heavily criticised for being on holiday as the Taliban took Afghanistan.

Leading Conservative MP Michael Gove was appointed as housing, communities and local government secretary moments after Ms Truss, replacing Robert Jenrick who is back on the backbenches.

She was quickly appointed as a junior minister in the Department for Education then became environment secretary then justice secretary under Theresa May, the first woman to hold the position.