Boris Johnson reshuffle: Why everyone in Westminster is so convinced PM is about to shake up cabinet 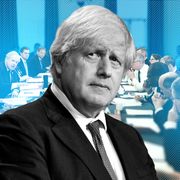 One thing is absolutely certain: ministers, advisers, MPs and civil servants are all currently obsessed with the idea a cabinet reshuffle is imminent – possibly as soon as this afternoon.

My conversations suggest cabinet ministers are thinking about little else. The speculation is at such a pitch and fervor, nothing is getting done in Whitehall.

Scheduled calls with ministers who could be moved are being cancelled. Events later today which cabinet ministers were due to attend have been postponed.

There have been several hints and clues which have fuelled the swirling speculation, not least the chief whip’s unusual visit to Downing Street on Sunday and the surprising emptiness of government agenda tomorrow.

But there’s also a wider logic to Boris Johnson holding a reshuffle now.

Firstly, there’s the question of timing. Conservative Party conference is just a few weeks away, and if a reshuffle has not happened before that you could expect the entire event, and the whole period leading up to it, to be dominated by paralysing speculation.

The PM is also away next week, meaning there’s precious little time when MPs are all in the Commons and available to be summoned in order to be sacked (which normally takes place in his parliamentary office), or promoted, an act that usually happens in 10 Downing Street.

The window for that is closing, so a reshuffle over today and tomorrow makes sense.

A second reason that a reshuffle now would make sense is that Mr Johnson has problems he would like to solve.

It is a frequent criticism that some members around the cabinet table are not of the highest calibre.

I suspect that Mr Johnson will want to use this occasion to try and show that he is capable of putting together a government that includes more talent, a broader range of people, and that deals with some of the lightning rods for criticism, not limited to education secretary Gavin Williamson.

And for the all the talk that the prime minister does not like conflict, it is worth remembering that he has shown himself perfectly willing to take out those who were thought to be powerful and safe.

Look at what happened in his last major reshuffle in February 2020. Sajid Javid was seen as the safest person in cabinet as Chancellor, but was gone over a row over special advisers. Talking to ministers and advisers this morning, nobody feels safe.

Now, it’s important to say Number 10 has not confirmed a reshuffle, and there are some counter indicators which could mean it does not happen.

There was a tiny reshuffle last week, when Suella Braverman returned as Attorney General after maternity leave, which necessitated two other changes.

And yesterday, Michael Gove was given a new role within his Cabinet Office brief to sort out supply lines for Christmas.

Had you been thinking of moving Mr Gove, as some people close to him have feared, then that seems an odd thing to do.

Is this a sign Mr Gove isn’t going to move, a sign that there isn’t gonna be a reshuffle? Not necessarily. Ultimately, all of this is speculation until the prime minister confirms his intentions.

But that speculation is going on across government and Whitehall. Don’t expect any ministerial boxes to be filled today.