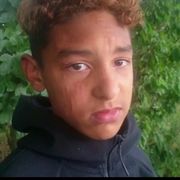 Police are facing calls to undergo unconscious bias training after a father and son were allegedly grabbed by officers and threatened with Tasers after being wrongly suspected of involvement in a stabbing.

Andrew Boateng and son Huugo were out cycling along the River Lea in Tottenham, north London, when the incident happened.

Mr Boateng told Sky News that his 13-year-old son rode a few metres out in front of him when a plain-clothed officer appeared out of nowhere and grabbed him from his bike.

Startled and assuming he was being mugged, the teenager leapt in fright before being tackled to the ground – laying helpless as the officer pointed a Taser at him, shouting and threatening to deploy it.

"When I saw them put handcuffs on Huugo, I couldn’t believe it."

As Mr Boateng approached his son, another officer quickly rounded on him and threatened him with a stun gun.

With nothing to hide and while protesting innocence, Mr Boateng was also handcuffed.

He told Sky News: "It was very distressing. I felt helpless, me on my knees with handcuffs on, and not being able to reach out to my young son, who also had handcuffs on lying on the ground metres from me."

"I was angry," Mr Boateng said.

"I kept repeating: ‘That’s my son, we’re on a charity bike ride, we haven’t done anything.’

"I tried to reason with the officer. We were threatened with Tasers even though we weren’t resisting.

"The officers came at us with high-octane aggression. It was extremely unnecessary."

The incident happened just after 6pm on Thursday 4 June.

Mr Boateng, who works at City University and as a football coach, remembers a handful of officers being there, adding that the area was busy with joggers and passers-by – making the commotion even more humiliating.

The officers said they were responding to a stabbing in a nearby park, and that the father and son matched the description of the suspects.

The incident was filmed by an onlooker after they overheard the pleas from Mr Boateng for someone to start recording what was happening.

Mr Boateng describes hearing his son being read his rights, and shaking his head in disbelief.

His family have never been in trouble with the police, and he volunteers with a number of community organisations whose sole purpose is to repair and rebuild trust with the police.

The effect on his son is his main concern, he says, with Huugo suffering scars on his face and bruises on his legs as he tried to escape the officer who eventually handcuffed him.

He spent the following two nights sleeping on his parents’ bedroom floor, not wanting to be alone.

Mr Boateng said: "He found it really hard to sleep but now he’s coping a bit better. I am worried about the long-term effects on his health. What happened was a harrowing experience.

"My young daughter has been feeling distressed too simply by hearing about it."

On the night of the incident, two community officers came to see the family, when a brief conversation was had on the doorstep as Huugo wasn’t comfortable confronting what had happened just a few hours ago.

The officers were said to have been apologetic, and made a commitment to look into it further.

Mr Boateng has also filed a complaint against the "aggressive and unnecessary" actions of the officers that evening, wanting to have the event "officially documented".

Days later, he received a visit from a superintendent, who apologised and also listened to Mr Boateng’s recommendations for change.

Some of his suggestions include unconscious bias training and further education for officers on improving race-relations, and he was told actions would be taken.

The Metropolitan Police told Sky News: "The Met has received a complaint from a member of the public in relation to this incident. The Met takes all complaints seriously and this will be thoroughly investigated."

Borough Commander Treena Fleming said: "In the hours following the incident, one of my senior leadership team spoke with the parties involved to offer a personal explanation about the situation and to listen to and understand their concerns. We are keen to maximise any learning that comes from this."