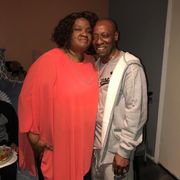 A 28-year-old man has appeared in court charged with the murders of four family members in southeast London.

Joshua Jacques, 28, has been remanded in custody following his appearance at Westminster Magistrates’ Court.

He is accused of stabbing to death Dolet Hill, 64, Denton Burke, 58, Tanysha Ofori-Akuffo, 45, and Samantha Drummonds, 27.

Mr Burke and his partner Ms Hill were both killed at their home in Delaford Road, Bermondsey, in the early hours of Monday.

Ms Hill’s daughter, Ms Ofori-Akuffo, who lived in Kennington, and granddaughter Ms Drummond, who lived in Forest Hill, also died at the property.

Neighbours said the family were "lovely" and were shocked by their deaths.

Ms Hill worked as a housekeeping assistant at Guy’s and St Thomas’s hospital in Westminster, central London, for 21 years before retiring in 2018.

Mr Burke’s sister, Julieth Hutchinson, described her brother as a "bubbly" man who "loved to cook".

Jacques will appear in custody at Westminster Magistrates’ Court, the Metropolitan Police said.