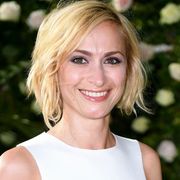 New Mexico workplace safety regulators have fined the film company a maximum $139,793 (£107,019) after an "avoidable loss of life occurred".

Cinematographer Hutchins died after a prop gun held by Baldwin was fired during rehearsals in October 2021.

The actor was one of the film’s producers, as well as its star.

Not bringing live ammunition onto any studio or lot; that safety meetings are held daily when firearms are being used; and that staff "refrain from pointing a firearm at anyone" except after consulting the armourer or other safety representative.

The film company’s documents indicated that it would follow the guidelines but it failed to do so, the OHSB added.

Rust Movie Productions said in a statement that it disagreed with the findings and plans to appeal.

Lawyers have said the prop gun went off after Baldwin pointed it at Ms Hutchins during a scene set-up. The film’s director, Joel Souza, was also injured.

Baldwin has said he was pointing the gun at Ms Hutchins at her instruction, and that it fired without him pulling the trigger.

The actor is currently facing a number of lawsuits, including those brought by script supervisor Mamie Mitchell and head of lighting Serge Svetnoy, as well as Ms Hutchins’ family.