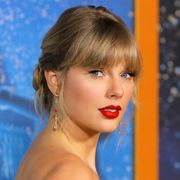 US politicians have announced they will look into Ticketmaster’s dominance after the company endured the wrath of Taylor Swift over its handling of sales for her highly-anticipated tour.

Senators Amy Klobuchar and Mike Lee said a competition subcommittee would examine "lack of competition in the ticketing industry".

High fees, problems with Ticketmaster’s website and cancellations show it "does not face any pressure to continually innovate and improve", said Ms Klobuchar.

Swift said last week that it was "excruciating" to see what people endured as they tried to get tickets for her upcoming US shows – her first tour since 2018.

Fans said they waited hours and were repeatedly kicked off the website on Thursday, with Ticketmaster cancelling Friday’s sale due to "extraordinarily high demands" and "insufficient" tickets.

Those issues came a few days after the site had again crashed under heavy demand during a presale.

Ticketmaster said more than 3.5 million people had registered for the general sale and that it had planned to allow 1.5 million to participate, with the rest going on a waiting list.

However, it said "bots" – automated requests – and demand from those who hadn’t previously registered had swamped its website with 3.5 billion system requests – four times its previous peak.

"I’m not going to make excuses for anyone because we asked them, multiple times, if they could handle this kind of demand and we were assured they could," Swift said on Instagram.

She said she was "p***** off" and was looking at how things could be improved.

Ticketmaster, which dominates the US ticketing industry, has for years left fans and artists frustrated by hidden fees, soaring costs, and limited ticket availability due to presales.

Ms Klobuchar wrote to the firm’s boss last week and suggested Ticketmaster and sister company LiveNation – which promotes events and runs venues – were abusing their position and were insulated from the competition typical in other sectors.

She and Utah senator Mike Lee upped the ante on Tuesday by announcing plans for a special hearing.

"When there is no competition to incentivise better services and fair prices, we all suffer the consequences," said Ms Klobuchar, who leads the Senate subcommittee on competition and consumer rights.

"American consumers deserve the benefit of competition in every market, from grocery chains to concert venues," added Mr Lee.

The hearing date and witnesses are still to be confirmed.