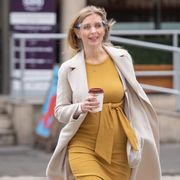 Countdown star Rachel Riley has been awarded £50,000 in damages from a blogger who claimed she was a "serial abuser".

Political blogger Mike Sivier published an article on his website Vox Political in January 2019 with the headline: "Serial abuser Rachel Riley to receive ‘extra protection’ – on the grounds that she is receiving abuse".

The article referred to an online debate Ms Riley, 36, took part in about antisemitism in the Labour Party.

During the Twitter debate she exchanged some messages with a user who later identified herself as a 16-year-old girl called Rose.

A judge previously found Mr Sivier’s article would lead people to believe Ms Riley "engaged upon, supported and encouraged a campaign of online abuse and harassment of a 16-year-old girl", which is not true.

Originally he had his claims of truth and honest opinion thrown out by a judge in January 2021.

But he won a Court of Appeal challenge four months later to pursue the public interest defence.

He said it was his "reasonable belief" the article was in the public interest.

However, Mrs Justice Steyn ruled in favour of Ms Riley on Wednesday, granting her the five-figure sum in damages as well as an injunction requiring Mr Sivier to remove the article and not repeat it.

She said the blogger did not include any references to Ms Riley’s denial of the allegation and did not give her a chance to comment.

Ms Riley told the High Court in London in July that the level of online abuse she received increased after the article was published in January 2019, describing it "horrendous".

The Channel 4 presenter, whose mother is Jewish, began a campaign about antisemitism in the Labour Party under Jeremy Corbyn’s leadership in 2018.

She won £10,000 in damages after she sued his former aide Laura Murray over an exchange on Twitter.