Criminal who died after ingesting acid in court ‘was recorded as self-harm risk’, inquest hears 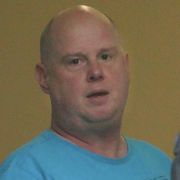 A criminal who died after ingesting acid when he appeared in court had been recorded as a self-harm risk before the hearing, an inquest has heard.

Mark Marshall, also known as Mark Castley, was being sentenced at Inner London Crown Court when he swallowed the corrosive substance in April 2019.

An inquest at Southwark Coroner’s Court on Tuesday heard Mr Marshall was due to face trial in March 2019 but changed his plea to guilty after the jury was sworn in, and he knew he was facing a jail sentence.

His former wife has described Mr Marshall as a "repeat offender" who committed "white collar crime", with the victims often high-profile figures.

Kathryn Hunt, from the probation service, told the inquest that a pre-sentence report written by her colleague had concluded that Mr Marshall posed a "risk of harm to himself".

However, he was not considered an "imminent risk of serious self-harm or suicide", she added.

The court has previously heard Mr Marshall – who had a personality disorder – stabbed himself in the neck while in police custody for his last offence, with his injuries causing a stroke, and he had self-harmed on several occasions in prison.

Ms Hunt told the inquest she believed the conclusion of the pre-sentence report in 2019 was correct, despite now knowing what happened to Mr Marshall, because his last previous incident of serious self-harm was in 2016.

"He committed suicide in the courtroom.

"It was well documented he had attempted suicide and quite drastic self-harm when he was trying to get himself out of situations."

In response to Ms Mulberry’s remarks, senior coroner Andrew Harris told the inquest jurors it was for them to determine if a conclusion of suicide should be reached.

Ms Hunt said there were high vacancy rates in the probation service at the time Mr Marshall ingested the acid but she did not believe that was a factor in the incident.

She told the inquest: "I don’t think anyone could have foreseen the circumstances."

The coroner asked Ms Hunt if Mr Marshall knew he was going to receive a prison term when the pre-sentence report was written.

The coroner asked: "It would not have come as a surprise to him?"

The inquest has heard that Mr Marshall died on 26 June 2019 from multiple organ failure and had suffered damage to his oesophagus "due to acid ingestion".

The jury has been told there was CCTV evidence showing Mr Marshall appearing to take a drink and going through security before he entered the courtroom.

The inquest, which is due to last three weeks, continues.